Remember that old song lyric “If I knew you were coming I’da baked a cake”? That always sounded so welcoming, so I never do a drop in. I always call ahead before I visit so I’ll be greeted with a cake. It doesn’t work, but I still try. I mean, there’s a song, so somebody must make cakes for expected guests, right?

Pie 15.0. Baked late at night in an ill-equipped kitchen. No rolling pin. No teaspoon (but I always have my palm). No whisk. No blades for the mixer (so I brought mine from home). No big bowl (so I used a cereal bowl). No pie pan (so I bought an aluminum one from the stupid market). You get the picture.

Back up the bus. I forgot to describe the pie. It’s officially called “Wake Up and Smell the Coffee Pie” from page 123 of the Sugar Butter Flour cookbook. It was chosen while in the stupid market, when my sister responded to my text question about what we should eat for the weekend we would spend together with this: “Sat morning coffee. Sat evening eat out. Sunday morning coffee. Sunday lunch your choice.” We are Irish twins, live 1000 miles apart, and both love coffee.

Anyway, I started the pie in the dark by crushing the package of graham crackers with my hands and mixing them with melted butter. I pressed the mush into the tiny pan, chilled, baked and chilled. You know the drill by now.

Then I made espresso in my little pot. Drank some, let some cool, and made the filling. 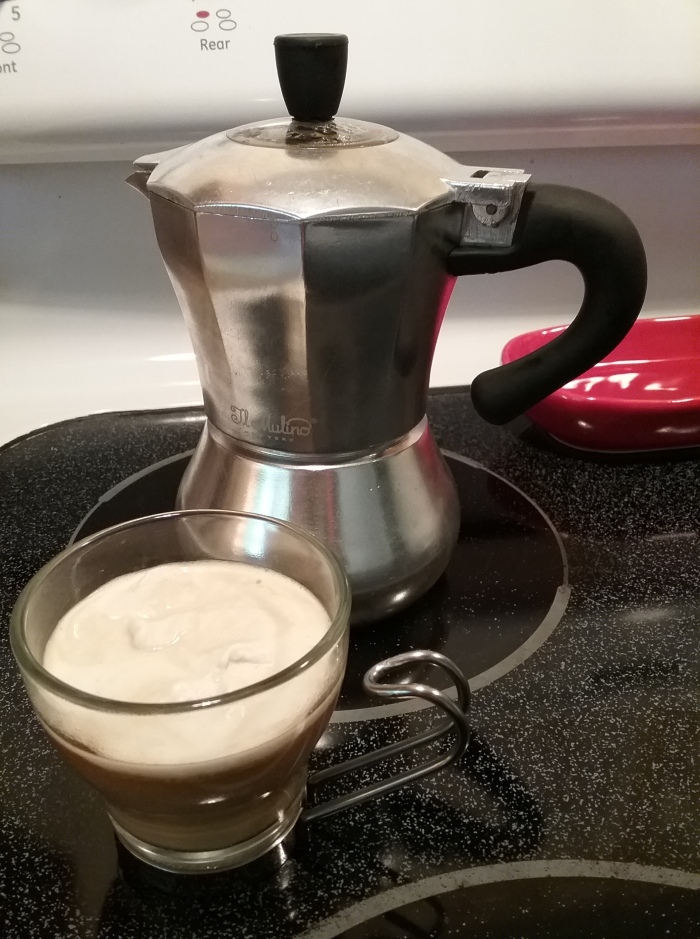 I had to whip some egg whites to fold into the cooked coffee/gelatin/other ingredient concoction, but I should have used a bigger bowl.

There was way too much filling for the tiny pie shell. 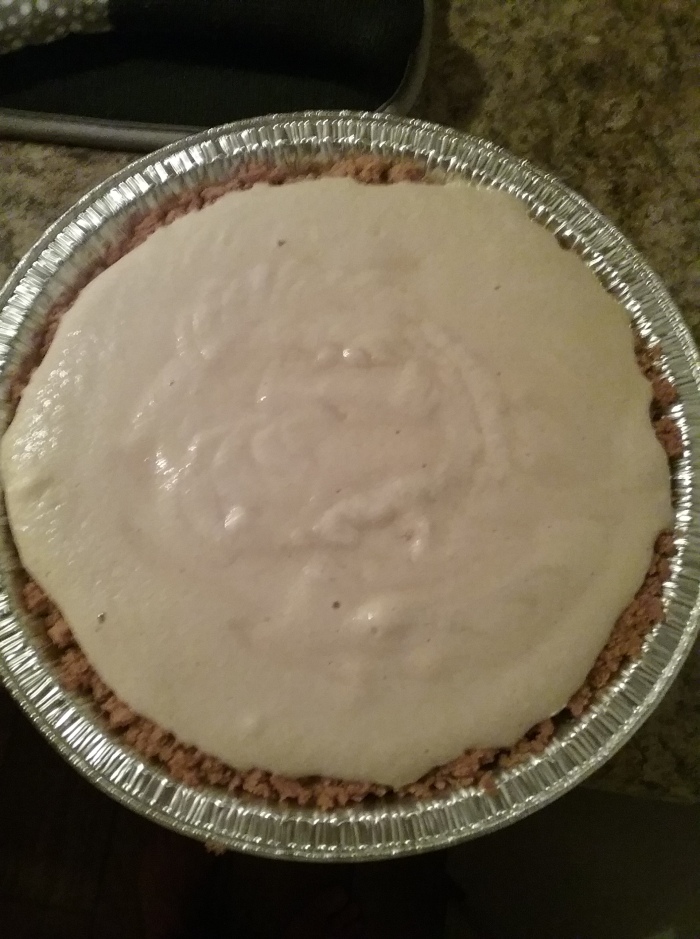 This had to set and cool in the fridge for many hours, so I went to sleep.

The topping called for Kahlua, but I didn’t have any, so I made some by boiling down some espresso and mixing with whiskey.

Then I whipped the cream and added the yummy tasty ingredients and spread it on the pie filling.

As I mentioned, the store didn’t sell the required chocolate covered coffee beans, so I shredded a tiny Hershey bar and sprinkled it on top. Voila! 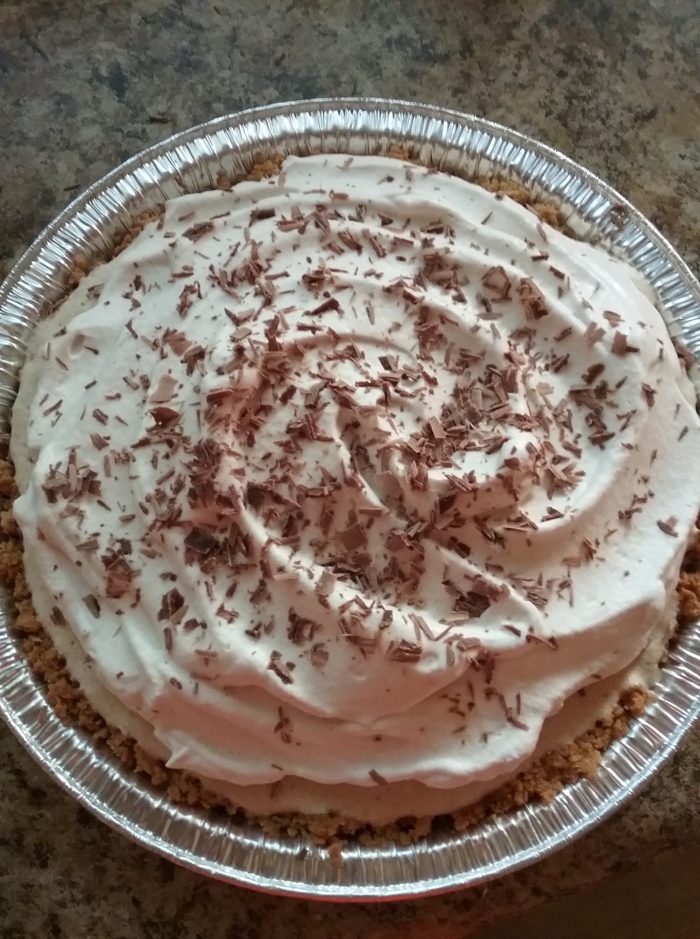 I love my sisters more than coffee.

What do you think of that? Cancel reply